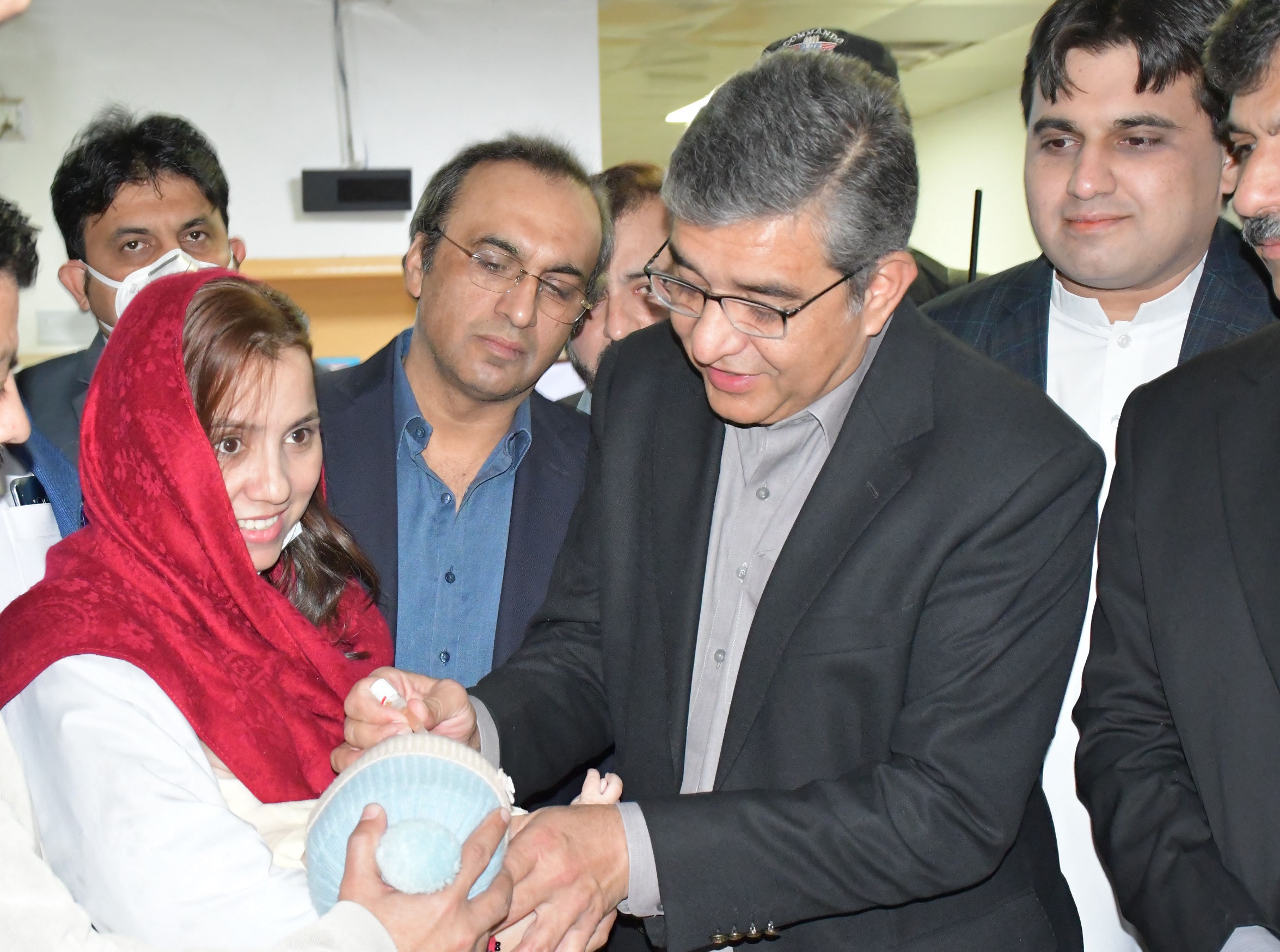 Chief Secretary Government of Khyber Pakhtunkhwa Dr. Shehzad Khan Bangash launched a five-day polio immunization campaign by administering polio drops to children at Medical Teaching Institute- Hayatabad Medical Complex (MTI-HMC), Peshawar. KP Health Secretary Tahir Orakzai, Emergency Operations Center (EOC) Khyber Pakhtunkhwa Coordinator Abdul Basit, Director General Health Services Dr. Niaz Muhammad, Medical Director Shahzad Akbar, Hospital Director Shahzad Faisal, Director Nursing Awal Khan MTI-HMC, Provincial Health Department, EPI Senior officials, representatives of the International Children's Fund (UNICEF), WHO, BMGF and other supporting organizations were also present at the occasion. According to the Khyber Pakhtunkhwa Health department from December 10, during which 64, 13,817 children under the age of 5 will be vaccinated against polio. The polio teams include 27,355 mobile teams, 1,902 fixed, 1,130 transit and 155 roaming teams, while 7,370 area in-charges are involved in effective monitoring of the campaign. Expressing satisfaction over the arrangements made for the polio campaign, Chief Secretary Khyber Pakhtunkhwa Dr. Shehzad Khan Bangash said that anti-polio campaign has been launched in all the districts of the province with strict implementation; he said that polio campaigns should be made effective and efficient. He urged people from all walks of life, especially parents, to come forward to save the future of the nation from disability and to cooperate with the polio workers and personnel who knocked on their door during the anti-polio campaign. The Chief Secretary Khyber Pakhtunkhwa Dr. Shahzad Khan Bangash was also briefed by the Medical Director HMC on the projects of the hospital in a meeting soon after polio immunization campaign inauguration.

LIST OF SHORTLISTED CANDIDATES FOR THE INTERVIEW OF NETWORK ADMINISTRATOR(CONTRACT) WILL BE HELD ON 28/06/2022(TUESDAY) AT HMC CONFERENCE ROOM, HAYATABAD, PESHAWAR 10:00 AM.

LIST OF SHORTLISTED CANDIDATES FOR THE INTERVIEW OF DATABASE ADMINISTRATOR(CONTRACT) WILL BE HELD ON 28/06/2022(TUESDAY) AT HMC CONFERENCE ROOM, HAYATABAD, PESHAWAR 10:00 AM.

LIST OF SHORTLISTED CANDIDATES FOR THE INTERVIEW OF PHARMACIST (CONTRACT) WILL BE HELD ON 28/06/2022(TUESDAY) AT HMC CONFERENCE ROOM, HAYATABAD, PESHAWAR 10:00 AM.